A little gallery-post: Khitan painters of court life in the north. [1]

Above we have the prince of the eastern circuit Dongdan — given as a principality by Abaoji to his first son Bei. This work was once attributed to Bei, a poet and painter. His father, founder of the conquest state, wished him to succeed, but even Abaoji failed to foist first-son succession upon the old tribal order, and Bei was exiled to China. From there he sent intelligence back home, and his paintings were of home, never mind that they had thought him “too Chinese” to head the state. Here’s ‘The Prince of Dongdan Rides Out’ in parts: 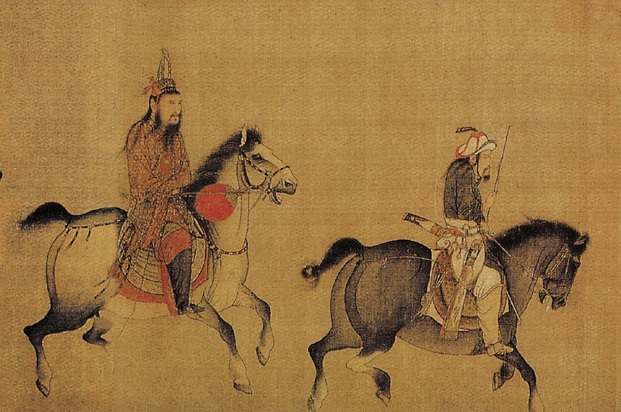 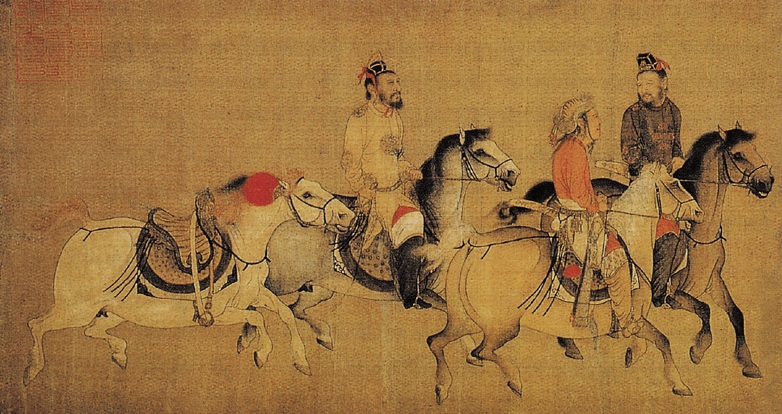 This is one, if lesser in splendour, still ascribed to Bei: 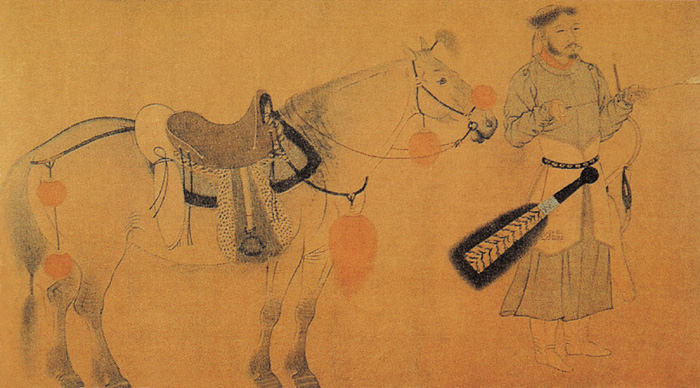 And this is by a painter named Hu Gui, a Khitan of the 10th century. It’s known as ‘Rest Stop for the Khan’ and has a Khitan khan and his wife on a rug, with musicians, amongst their nomad court. The painter’s life overlaps Abaoji’s, but I don’t know that we can identify the khan: 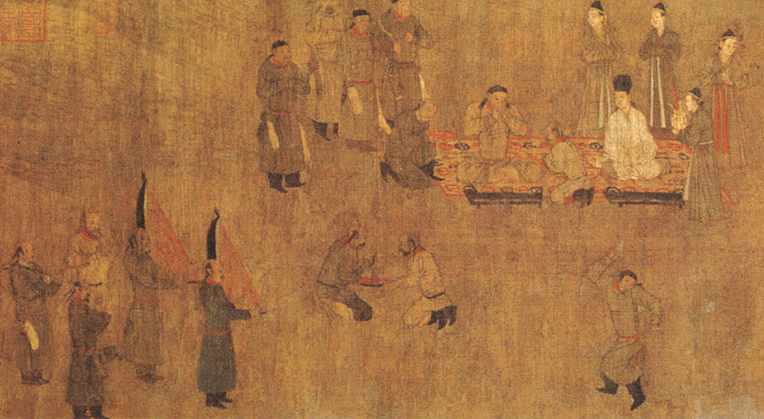 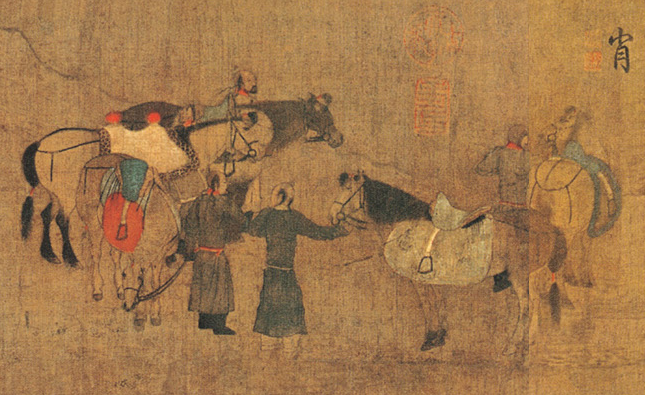 [1] The Khitan of Khitai or the Qidan. In my novels I call them Qatat and their state Qatay, in part because I’m in Mongol speech and in part to suggest our old word Cathay. Khitan fame stuck and North China was known by their name throughout Central Asia and onwards, for centuries afterwards. The Liao Dynasty (dates 907-1125) is the Chinese name, inconsistently used by the Khitan themselves. Here’s a map, and for further information, the Wikipedia entry isn’t bad. 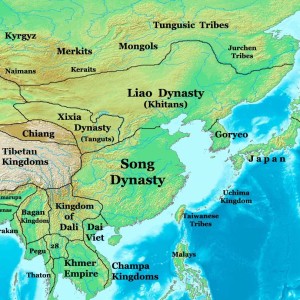 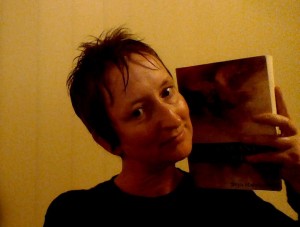