I owe you a status report on Amgalant and related matters.

Amgalant Three, Scavenger City, sits in a doc of 490,000 words. This includes some of its notes, although most of that is draft. I had the cover for Scavenger City made at the same time as those for Against Walls and Imaginary Kings. The cover’s no secret — it’s better that you see I have serious intention to finish, than wait for a cover reveal.

My doc has less word count than it did a year ago, because I extracted a standalone, but Amgalant-adjacent novel, which I’ve titled An Ingratitude of Goats. It’s told from the perspective of three Tanguts — two captives of the Mongols, and one volunteer. This novel has an arts focus: one of my three is a musician from Temujin’s (historical) Tangut orchestra, and one is involved in the early flourishing of zaju, or popular opera. Extracting these storylines left Scavenger City more workable, and with a concentration on Temujin that continues from Against Walls and Imaginary Kings. But I’d love to write Goats.

The world being in the state it is, I need to add a note in case I am incapacitated. If worst comes to worst and I never finish Three, I’d like you to think of Amgalant not as an incomplete trilogy. I have treated each book as a novel in itself. They have ends, and I have allowed them to have their own stylistic features, as suited the individual work. Aside from that, Against Walls and Imaginary Kings together run through the chief content of the Secret History of the Mongols. In the Secret History, the post-1206 off-steppe conquests are almost addendums, written in much more cursory fashion than Temujin’s life on the steppe. In a way, my re-telling of the Secret History is done. The creators of that history, too, weren’t cut off, but wrote to the interests of their audience. If I fail to finish — which has been my nightmare — I’ll comfort myself that the original creators knew what was important, and their work has a sense of conclusion. Maybe I’m unwise to be writing Three at all, without the Secret History to rest on.

Nevertheless, that is my goal this year. 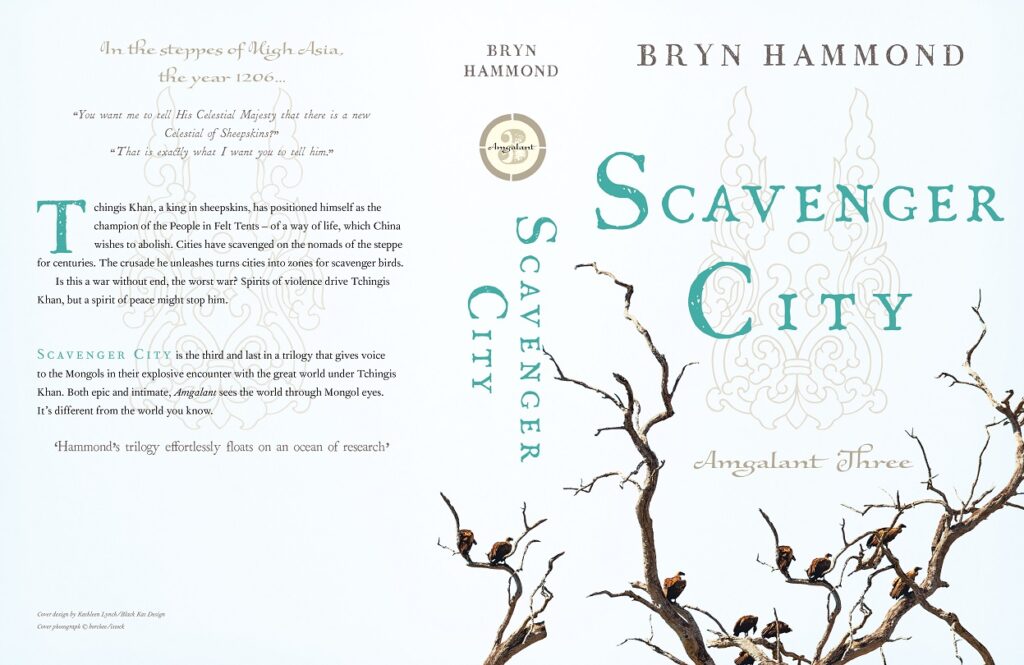