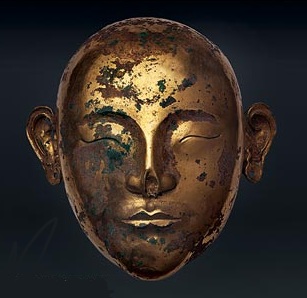 Europe’s old name for China, Cathay, comes in fact from a northern neighbour and rival of China’s, Qatay or Khitai (or half a dozen transcriptions) between Great Khingan (Xingan) Mountains and the sea, a horse people on the easternmost steppe. 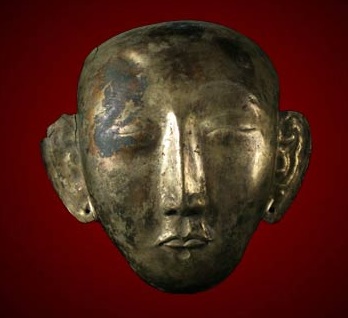 They remained a horse people, after they acquired a great Chinese population and ran a dual government – Chinese-style for the Chinese, tribal-style for the tribals – and took on dual nomenclature. In Chinese they were the Liao Dynasty, with dates 907-1125 CE.

These are their funerary masks. About which we know no more than we can see. We don’t know whether the masks are shamanist in inspiration or Buddhist – they were ardent Buddhists; but they must have learnt to entomb their dead from China? Before their Imperial Period they left their dead in trees on holy mountains, and after three years gathered the bones to burn and bury: along the lines of other shamanists. 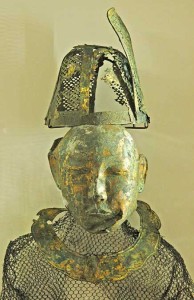 But their practices are unique, and I am happy to say, they created their own from these elements. These face masks, with the individual’s features; and often a wire mesh wrapping the corpse – in aid of? Our guesses are merely guesses (vague waffle about shamanism). I hope to stumble on indirect evidence, a clue; then I can put them in my novel.

The mesh is silver or gold wire, the masks gilt bronze or silvered copper. Ears have ornamental squiggles or rings or flap. The expression tends to be serene, but features aren’t idealised. I’ll just note that Mongols, in their Imperial Period, as art patrons, encouraged a surge of portraiture. People’s faces were their idea of art, and Mongols are cousin to Qatat. 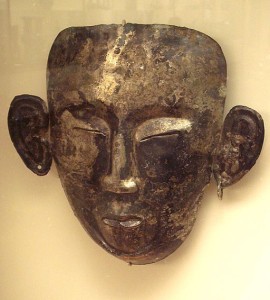 It’s a huge thing when a culture changes its burial practices, from a tribal style (the trees) to a civilized style (tombs learnt from the Chinese). I’ve read anthropology on equivalent cases, with a close-up on people’s feelings. If that’s what happened here; the old steppe, of course, had great burials and treasure in tombs. It’s easy to over-emphasise the China influence. 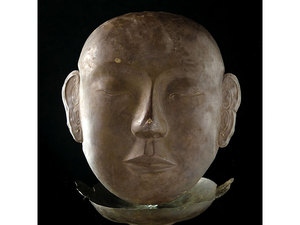 The woman’s face against black I must give you a link to. Here you can hover and see her enlarged. She’s worth it. And here see the above fellow against red, in zoom: he’s magnificent work that way.

####
I’ll leave you with an odd few more: first, the most tranquil beauty, for me; second, a none-too-handsome royal woman – with her eyes open. 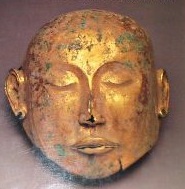 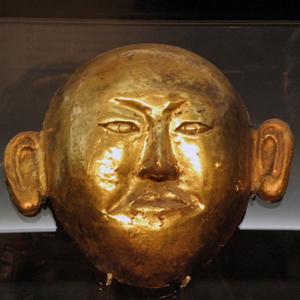 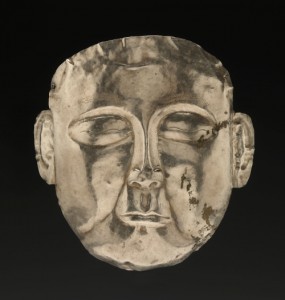 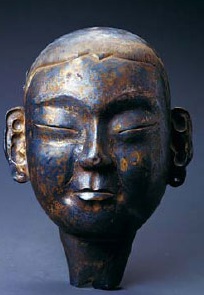 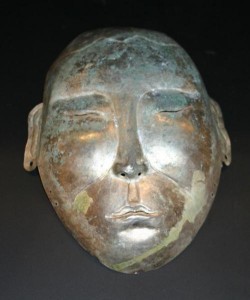 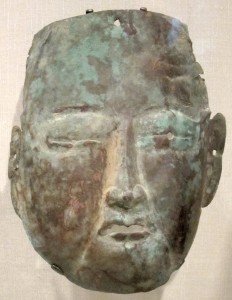 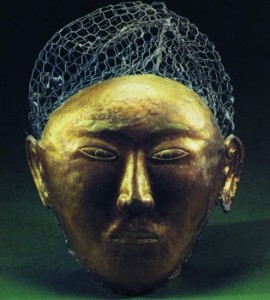 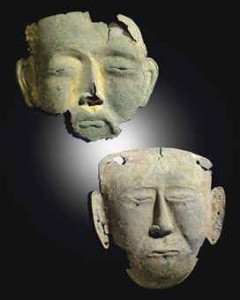 #
Additional: see this site, TibetArchaeology, on The golden funerary masks of the Himalaya. I am also collecting more specimens on my Pinterest board. 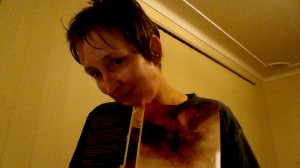 3 thoughts on “Tomb masks from the Kingdom of Qatay”