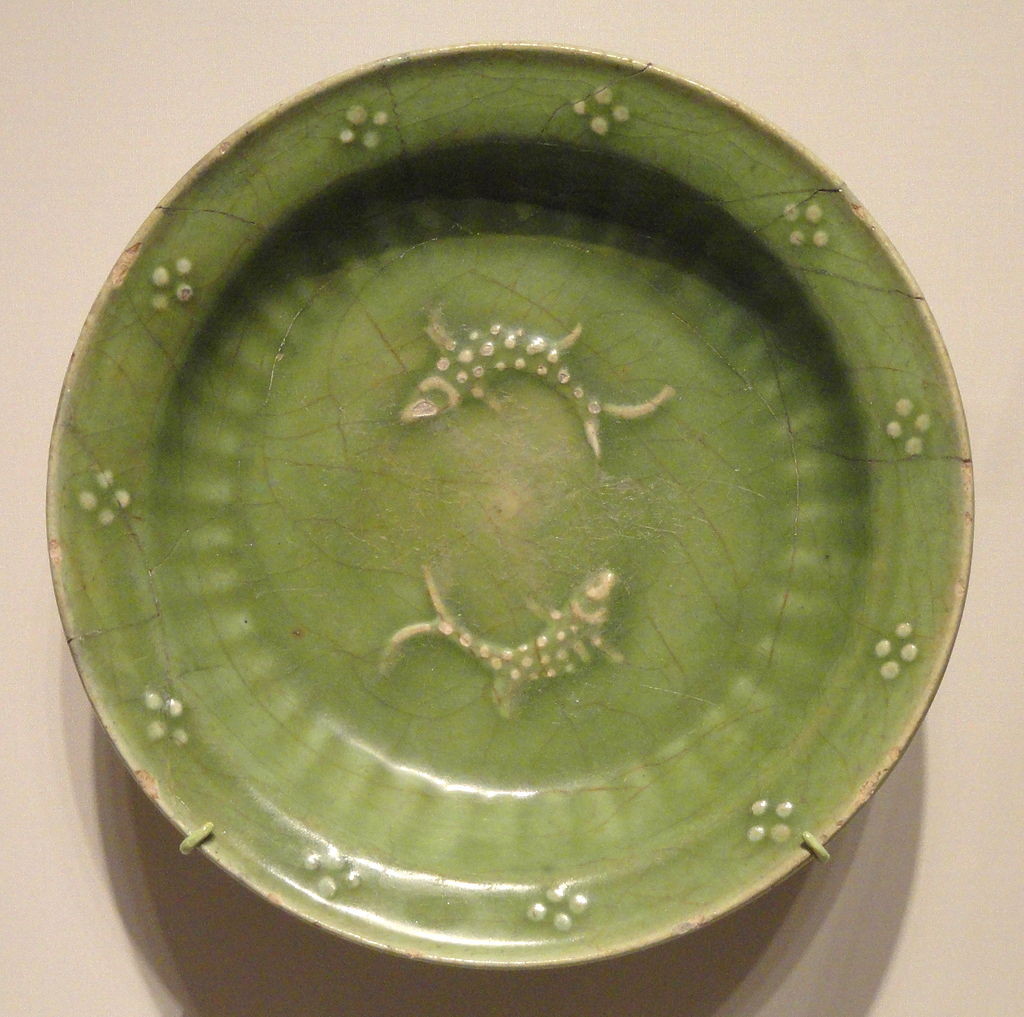 There’s a reason for the fish. Read on.

For God’s sake, let us sit upon the ground
And tell sad stories of the death of kings:
How some have been deposed; some slain in war;
Some haunted by the ghosts they have deposed;
Some poison’d by their wives; some sleeping kill’d…

… and some have sacrificed their lives for loved ones, in a bargain with the gods. As usual, it’s a pity Shakespeare didn’t have the histories of Mongol kings to hand, instead of those dull English chronicles. Today we have extracts on two kings or princes who went ‘in the place’ of a sick family member: did the one draw inspiration from the other?

First, Tolui. In the Cleaves translation of the Secret History, that you can read online. I quote the whole of section 272. Apologies for length, but summaries can’t give you the flavour. I have simplified Cleaves’ textual interventions and indicated verse by italics.

‘Not right,’ as you gather, means not alive.

Thanks for reading that. But now I have to give you, also, the story from Rashid al-Din, the Jami al-Tawarikh, because I think it’s gloriously told. The religious terms have since become Islamic, so that ‘lords and sovereigns of the land and water,’ that is the spirits of place, are changed in Tolui’s speech to the one God. This is from the J.A. Boyle translation: The Successors of Genghis Khan, Columbia University Press, 1971, pp. 38-9.

#
Because Tolui Khan had been separated from him for some time and he had heard that an enemy had overpowered him when far from the main army, Qa’an [Ogodei] had been in great distress of mind. When the good news arrived of his victory and safe return, he was exceedingly pleased and happy. And when Tolui Khan himself arrived he showed him much honour and praised him greatly. And so unexpected a victory having been gained, he left Toqolqu Cherbi with some other emirs to deal with Altan Khan and subjugate all the countries of Khitai, whilst they themselves auspiciously returned, in triumph. Tolui asked permission to go on in advance: he died suddenly on the way. It is related that several days before, Qa’an had been sick, and at his last breath. Tolui Khan went up to his pillow. The qams [shamans], as is their custom, had pronounced their incantations and washed his sickness in water in a wooden cup. Because of his great love for his brother, Tolui snatched up that cup and cried out with great insistence: “O Eternal God, Thou art aware and knowest that if this is because of sins, I have committed more, for in all the lands I have rendered many people lifeless and enslaved their wives and children and made them weep. And if it is because of his handsomeness and accomplishments, I am handsomer and more accomplished. Forgive him and call me to Thee in his stead.” Having uttered these words with great insistence he drank down the water in which they had washed the sickness. Ogetei recovered and Tolui took his leave and departed. A few days later he was taken ill and died. This story is well known, and Tolui Khan’s wife, Sorqoqtani Beki, used always to say: “He who was my delight and desire went into the head of Ogetei Qa’an and sacrificed himself for him.”
#

The story survives nicely, with differences of culture; in this Persian-language history from the Ilkhanlig, Tolui doesn’t talk in terms of metaphorical fish, but here you have, at least, his own people’s later understanding of what he meant by the fish. Tolui has been the most slaughterous member of the Chinggis family, the one with an enthusiasm for war; it is right, as he seems to say himself (with the fish), that the local spirits vent their anger upon him. It’s instructive to see this consciousness Tolui has, of damage done, turned into a religious language of sin. His boast (it’s me you want) comes across a bit differently, too; it’s true he’s the better soldier, and he’s taken in a victory moment. Tolui is also known for his love for Ogodei, in particular – they were said to be closer than brothers usually are, more resembling andas. How did Ogodei, when recovered, react to this sacrifice of life on his behalf? Rashid tells us, later in the tale [p.199]:

#
Previously, when Ogetei Qa’an had gone to war against Khitai and the inevitable disaster had overtaken Tolui Khan, Qa’an was always bemoaning the pain of separation from him, and when he was drunk he used to weep a great deal and say, “I am exceedingly sad because of separation from my brother and for that reason I choose to be drunk, in the hope of quenching the flame a little for awhile.” And because of the great concern that he had for his [Tolui’s] children he commanded that the affairs of the ulus and the control of the army should be entrusted to the counsel of his [Tolui’s] chief wife, Sorqoqtani Beki, who was the most intelligent woman in the world, and that the princes and the army should be under her command.
#

In other words, he neglected his duties and left government in the hands of Tolui’s widow – who, we heard above, guilt-trips him about her husband’s death. Poor Oggers, whose excuse for drinking is never listened to; but then Tolui gets it worse, dismissed, in that modern way we have, as died from drink – as the cynical said at the time. However, a descendant of the family may have taken their story to heart. Babur, a Chaghatay Turko-Mongol (it’s the British who called them Mughals), who traced his line to Jenghiz, certainly knew this story of Tolui’s sacrifice of life. Did it inspire him? Did he imitate it? Here is what Babur is said to have written about his own demise, ahead of that event. He believes he’s on the way out because he has exchanged his life for his son’s. You can read this full ‘fragment’ of his autobiography ­online. First, the fond and proud father:

#
[Humāyūn] reached Agra, the imperial residence. I was engaged in talking of him to his mother, just as he arrived. His presence made our hearts expand like rosebuds, and our eyes shine like flaming torches. It was my daily custom to maintain an open table, but on this occasion I held a feast in his honour, and treated him in a most distinguished manner. We stayed together for some time living on terms of the closest intimacy. The truth is that his conversation had an inexpressible charm, and that he realized completely the type of the ‘perfect man’.
#

#
Humāyūn took leave of me to proceed to Sambhal, which was the place assigned for his residence, and where he stayed for six months. It is probable that the climate and water of the place did not suit him, for fever attacked him, and continued for such a long time that I ended by making up my mind to speak to him about it. I gave orders to have him conveyed by boat to Delhi and thence to Agra so that capable doctors might see him and prescribe a proper treatment for him. He was accordingly made to travel by water for several days. In spite of all the remedies that were administered to him, he got no better. Then Mīr Abul Kāsim, who was a person of the highest esteem, represented to me that the only remedy that could be applied in the case of such maladies was to make a sacri­fice to God of something of great value in order to obtain from Him the restoration of the patient’s health. Thereupon, having reflected that nothing in the world was dearer to me than Humāyūn except my own life, I determined to offer myself in the hope that God would accept my sacrifice. Khwāja Khalīfah and other close friends of mine said to me, ‘Humāyūn will recover his health, so how can you speak so unwisely? It will suffice if you offer to God the most precious thing you possess of worldly goods. Offer as alms that diamond which came into your possession after Ibrahīm’s defeat, and which you presented to Humāyūn.’ ‘But’, I replied, ‘there is no treasure which can be com­pared to my son. It would be better for me to offer myself as his ransom, for he is in a very critical condition, and the situation demands that I should come to the aid of his weakness at the expense of my own strength.’ I immedi­ately entered the room where he was and went thrice round him, starting from his head, and saying: ‘I take upon myself all that you suffer.’ At the same instant I felt myself heavy and depressed, while he became cheery and well. He got up in complete health, while I became weak and afflicted with malaise. I summoned to my bed­side the grandees of the Empire and the most influential nobles, and placing their hands in that of Humāyūn as a mark of investiture, I solemnly proclaimed him as my successor and the heir to my crown, and placed him on the throne.
#

Let us sit upon the ground and tell sad stories of the death of kings…
The Tragedy of King Richard the Second, Act 3, Scene 2, line 156. Great speech.

Image: dish with fish, from the Ilkhanlig. On the Commons. Possibly Tolui drank Ogodei’s washings out of one and had fish on his mind.