First impressions of the online Manas, after a once-through yesterday, at the speed I might have heard it sung. This epic talks to me, more directly than the Iliad, say, my king of epics… though maybe, kingly-wise, not as near to me, not at my heart and hearth. I am most emotional about Beowulf, whose hero is my hero, above whatsoever figures in history or fiction. But yesterday I laughed and felt and fell in love with Manas at the age of eight. It isn’t so closed a poem as Beowulf (where I can feel the one hand, that draws significance); to go on I have to switch to A.T. Hatto’s translation of another singer – with plot divergences. Have to see how I feel about that one. For now I mean the online Manas, sung by Saiakbai Karalaev, translated by Elmira Kocumkulkizil: which leaves off when Manas is still twelve – in a monster-child way, the kid’s just flattened a detachment – and Joloy and Dongo attack from the capital of China. Yes, that’s Joloy/Joloi who has his own epic, which we met (or I did, and one or two of you) in The Old Ideal.

These paintings are from Qing China’s wars on the steppe, first east, where they subject and enlist the Mongols, then against Oirats with their Zunghar state. In Manas (and this is a typical situation in extant Turk epic) Mongols known as Kalmyks are in league with the Manchus from Beijing; and they march west, a threat to peoples throughout Turkestan, like the Kyrgyz of this poem. The painting above has Kyrgyz or Kazakhs, post-conquest or perhaps to stave off conquest, with tribute of fine horses for the emperor. While beneath is a champion named Ayuxi, a captured Zunghar who thereafter fought on the side of the Qing. He can represent Joloy and his ilk, steppe greats in high standing at the Chinese court.

Manas opens with calamity for the Kyrgyz people: invaded, enslaved, slaughtered or scattered. As a picture of large-scale war, I couldn’t call to mind its like, in old epic. We don’t look at a hero or a king, at this stage, or stay with the leadership cluster; we look at a people. We hear from the girls who are taken as booty, the old men who are beaten up, the remnant populations that are driven into exile. I learnt about war habits. Loot, tax and tribute. Snippets such as the capture of craftswomen. I gained a real sense of war on the scale known in these parts – with Qing, or with Chingiz. It’s no-punches-pulled, and I can’t say that epic often gives me the groups of grandmothers who suffer. Here’s the type of big-scale battle painting we have from Qing’s conquest of the steppe. Notice the cannon ranks and gun smoke.

Rarely were a people so in need of a hero.

Leadership is important, in Manas. A lament runs through this section for Karakhan (=black khan), whose death exposed the Kyrgyz to their enemies. We never saw him, he was dead before the poem began – but we miss him. He left eight orphan sons, children, and of these, Jakip has promise, and starts a line in rear-guard action or fight-back against the Kalmyks and Chinese (called Kitay: that’s our Cathay). A neighbour khan of the Noygut, Baltay or Akbaltay (ak=white) who has been stripped of his wealth in herds, whose people have been wiped out, determines to lift a hand, to join Jakip’s efforts and at least die fighting – instead of curl up crying. Together they attack a troop with ninety-five camels loaded with loot from their tribes. For a moment they know success. Shortly they are worse off than ever. They are punished, and Baltay – who has my admiration by now – undergoes the humiliations of submission. I found this rough. ‘Humiliation’ is a word often used; there are no bones made about how low our heroes go; however, afterwards Baltay is no less esteemed by the people he led, and leads. I liked that. Here’s a celebration of surrender: a little figure on his knees in the centre of the Qing camp.

To Be Continued, because I’m pooped for today. Tomorrow we have a change of scene, and an uplift in the story.

– art: by Guiseppe Castiglione (1688-1766), Jesuit missionary and court painter to the Qing

– for a history of the Qing’s steppe wars (and where I found these paintings) see Peter C. Perdue, China Marches West: The Qing Conquest of Central Eurasia, the Belknap Press of Harvard University Press, 2005 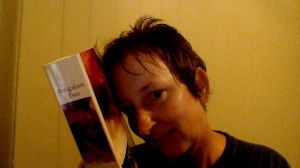