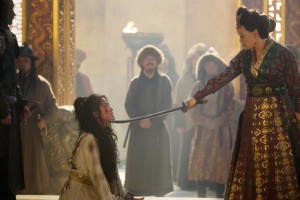 This interview with Marco Polo actors Joan Chen and Zhu Zhu asks how they present the women — whom the interviewer finds ‘the most fascinating people we meet’ in the show, with surprising lives for the thirteenth century. As usual, people aren’t so acquainted with the Mongol thirteenth century when they say this; though as he goes on to say, truly, women remain underwritten in the history books. 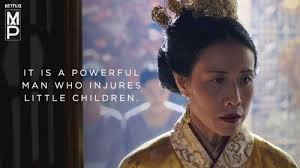 I too thought the women were a strength, and interestingly treated. Late Song was notable for strong empresses, and our empress dowager is one of those, as she and Khubilai try to negotiate a peace against the war parties at each court. Khubilai’s empress Chabi (Joan Chen) had a strong political involvement, and that is also done justice to. The personal interactions of Khubilai and Chabi were a highlight, and the makers take the opportunity to explore their marriage situation, this well-loved wife alongside Khubilai’s total self-indulgence in concubines. Then the concubines: two whores, as they are frequently called and self-called, friends, at the Song court. These two, who live on sexuality, are heroic in their victimization; it’s them and the empress we see in Song, active against the chancellor. I thought their exploitation well-explored. 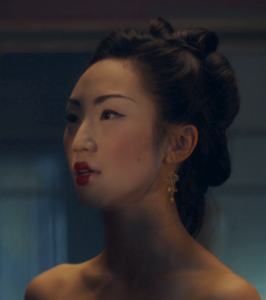 I can’t forget the scene when the Song chancellor paints on her rosebud lips and turns her into a doll-face, with tragic eyes. Having her wide mouth suddenly made toy-size by the brush, was telling. Then, when the chancellor breaks the child’s feet – footbinding – that was equal-horrific with the scene of atrocity in war. The sexualization of women is not just on-screen for your enjoyment, but is explored.

Chabi and the Blue Princess (Zhu Zhu) grew up with a Mongol lifestyle, and now live in a semi-Chinese environment; at unexpected moments such women can whip out a bow and remind you they still are Mongols. Qutulun – you know her; the wrestler – is everything you want (‘I love that girl,’ says Khubilai when she swaggers in in war gear), including a freedom of sexuality that isn’t unhistorical. The second season is nicely set up for more of her, with her father and Khubilai now in conflict. 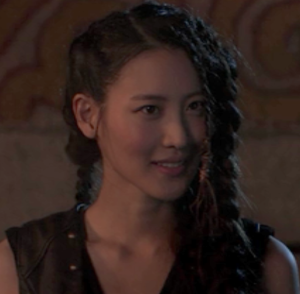 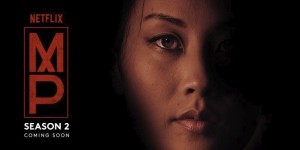