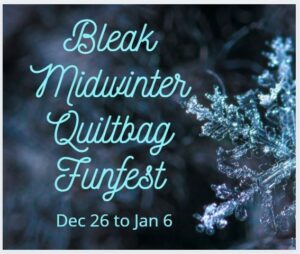 Merry festival of your choice!  Here we’re celebrating the Quiltbag Historicals Bleak Midwinter Funfest, where authors post for the Twelve Days of Christmas and club together in a giveaway. It may be the height of summer where I am in Australia, but our element is imagination, right?

Quiltbag Historicals is the funnest Facebook group I belong to. An inclusive queer historical fiction group for readers, writers and historians. Join us, and extend the discussion of LGBTQIA+ lives in history.

I’m to make merry with the Sixth Day of Christmas theme, ‘Geese laying’.
Well, Jamuqa has a thing or two to tell us about that.

Geese 1: excerpt from Against Walls

He hadn’t meant to be in love with Temujin. It was a bad idea, and he was pretty short with himself on the matter. For a few months.

Because he didn’t gouge out his horses’ testicles, people alleged to him, “It’s crueller to let him keep them on. Won’t get a chance to use them.”

“Whether or not… he lives.”

Jamuqa found he lived, in a way he hadn’t known about before, and he ceased to fight his love, futile or not.

Anyhow, animals aren’t without ways and means; if they have to hump logs, that’s what they do. They do a lot else, too. See, what an animal enjoys, can’t be wrong. That’s a twist of the brain that can never make sense to an animal.

The wild sheep, they’re pragmatic. For eleven months of the year the ewes are off the boil; for eleven months of the year, argali rams in the mountains keep the fires stoked amongst themselves. Down on the steppe, she-hedgehogs nuzzle each other’s pink bits and squeak and shake, a sight notorious enough that if you wish to talk about such behaviour, you can say do the hedgehog. It’s thought harmless, whereas you don’t say do the argali, because what argali do is a crime.

Now and then ganders couple up, for life as is the goosely way, and while a gander with a goose does his triumph-strut alone, gander couples honk and triumph side by side, synchronized. They even, when they have the urge, rear eggs, either abandoned eggs or fathered in a short liaison or else hijacked, and they tend to be top of the goose-pile, since both are gander-strong. And the other geese don’t blink. They don’t clack-clack in gossip, they don’t drive them from the nest grounds.

People, pretty unfortunately from Jamuqa’s perspective, weren’t geese. He’d be a goose in his next life, and in this one, he supposed, he’d be discreet.

Jamuqa, aged twenty in this excerpt, remains a great animal-watcher through his life. The animal behaviour that helps him understand his sexuality can all be found in Bruce Bagemihl’s Biological Exuberance: Animal Homosexuality and Natural Diversity.

In our second excerpt Temujin, now Tchingis Khan, shoves geese down the throat of his First Companion Bo’orchu, when the army have nothing else left to eat. This is a bleak spring…

“For the trek ahead of us, what I regret more than our empty satchels is our lack of felt shelter. Our wounded are unsheltered and have hard travel. The most I can do is ask our sound to spare coats or cloaks for those less fortunate. An extra coat might save a life.”

At his arm Bo’orchu wrenched off his coat.

Guyildar, without jest or bravado, took on himself to answer for the wounded. “Not an awful lot of difference to us. You sit on a horse; you sit on the ground. You know. It isn’t a lark either way. Distracts you to be doing. That’s why I’m such a pain.”

“You’ll take my coat,” Jurchedei told him, “for the duration and without bother. Tchingis said.”

“Smelly old thing, your coat. I’ll have it, if when this is over I can burn it.”

To go without a coat in the desert spring wasn’t a trivial matter. By his smarts in the wind and his gnawed bones in the frost Temujin knew what he had asked of his sound and imagined what his wounded endured, with their heads huddled in their comrades’ coats. The general purpose grease they had they saved for their faces; people were smeared in grease-masks thick with grit, and they wore a bandage over their eyes, or the ear-flap of a fur hat, the ear on the side away from the wind. The spring wind was God’s own weather, almighty, the air a haze of dirt and salt and sand, the light dim. Your head ached to windward, your ear rang until you were deaf on the left, your mouth felt gritty and smothered. Temujin’s hands and wrists, neck and throat, were stung raw. He thought of when he was a boy, when they had never enough skins and furs, so that he clad himself in grease where he was naked.

Only the zak clung on, when the wormwood was torn out by the roots and turned to tumbleweed. At night the gnarly, knotty skeletons of zak stood the blasts for them. Where zak grew they dug for water. Zak was camel food, but their horses weren’t above camel food and devoured the branches that sheltered them; the wood, uncuttable yet crumbly, had veins of juice. Lastly, in clumps of zak was a perpetual squeak and peep of hedgehog and of hamster. “It isn’t the fact he’s a rat, at bottom,” said Qorchi of Free Baharin as he exchanged gazes with a squeaky hamster in the cage of his fingers. “But he’s too cute to eat. Almost,” he amended.

The great spring flights of birds began, high overhead, a feat and effort in the gales. Now and then a dead bird dropped out of the sky. Temujin’s army watched them with sympathy. A Mongol feels vaguely unholy to kill a bird, a winged creature with the freedom of Tangr’s sky, an image of the soul. A shaman has his bo’orchu, a bird, that is his right hand; you don’t want to harm a bo’orchu by mistake. Aside from these scruples, animals on trek cannot be hunted, who have toil enough. If only Hirai and Tartars extended that clemency to his army.

Temujin said, “Bodonjar did. In the winter he kept himself alive on leftovers from the wolves’ feasts, and in spring he unleashed his falcon in the cyclones of spring birds. His is meant for a tale of hard survival, but we have a tale of that. I won’t starve our wounded amidst a million birds.”

In the Uriangqot custom they wept before they ate. Men sat with a limp goose in their laps, stroked the sleek contours and stretched out the magical mechanics of the wings, until they felt sincerely sorry or drew actual tears; whereupon they thought permissible to pluck it and spit it on a stick.

For a dad his friend had had Naqu the Rich, who never discussed geese the way Yesugei once did with Temujin. He answered, “I like goose, for fear of fish.”

“Pah. Fish is wet. Slimy, scaly and wet, and for dinner tomorrow, I dare say.”

“Over a bird and a fish did I feud with my brother.”

“His descendants are the Borjigin clan. It means Those Who Lived on Wild Fowl. Why do we boast about his time of misfortune? Because of his time of triumph. He must be the Mongols’ example. – These are my father’s very sentences. Funny, I have forgotten nothing he said to me on his last journey.”

“When I met you,” Bo’orchu told him, “you were a scarecrow. As grey as a fish, and skinny as a wet rat. Distinct kinship to Badai over there.”

“Badai gobbles up his goose and he starts to thrive, after the brown water he had for his hire from my cousin.”

“Yes, yes. See?” Bo’orchu popped goose into his mouth and chewed noisily. His hand was ground and pitted with the sand. On that skin he had the driven sleet. It got near to agony.

“Bo’orchu.” On instinct Temujin’s arms went about him to shelter him.

“First and last.” He popped in more goose.

The ones without coats used the fat of the geese on the outside along with the inside. Temujin and Bo’orchu rubbed the ointment and the insulation into each other’s windburnt skin.

My Amgalant series starts with Against Walls. Oh look — geese in the book description!

I’ll see you again on the 6th of January for the Twelfth Day and ‘Drummers drumming’… in which the Tartar army sings a strangely familiar hymn.

On the 7th, our prize is drawn. An ebook of Against Walls is in the bundle.