{Chinggis and three sons, from the Persian histories, 15th century. Perhaps Ogodei is in between, as he was, and little brother Tolui holds the horse.}

In the last passage of the Secret History, Ogodei, son and khan after Chinggis, lists eight deeds of his khanship: four deeds that have been to the betterment of his people and four ill deeds.

Was this traditional, that a king give a reckoning of his services and his sins – an even-handed one, perhaps, with equal count on either side, to be humble? Or is this Ogodei, which you can imagine of him from the anecdotes told about him in Juvaini? Is this Ogodei in emulation of his father, whose own admission of ill deeds allowed the Secret History to tell them?

Fascinating questions. Today I’m attempting investigation and I thought the passage worth a look. It seems to have a sense of a tradition. What with the four + four and statements that might be formulas: “Although I be the Qahan, Lord of the Nation, to deliver myself unto deeds which were errors without principle, this was one of my wrongs.”

The Francis W. Cleaves translation can be downloaded in pdf at Monumenta altaica. I shall quote the passage –  #281 of The Secret History of the Mongols – in his translation.

The misdeeds come second, so hang in there.

If anyone can help my researches with hints towards a tradition, or a background, for this public confession of Ogodei’s, I beg you do so. One editor of the text, Igor de Rachewiltz, suggests it is a posthumous assessment put into his mouth, but I’d be reluctant to take his confession off him, or change events as given, unless I have to. First, seek reasons why it may be as the Secret History says, that’s my approach.

#281
When Ogodei Qahan spake, he said, “[After] sitting on the great throne of my father, [as to] that which I did after my father the Qahan, going a warfare unto the people of the Jaqud, I destroyed the Jaqud people. [As to] my second deed, [I] made one to establish post stations for that Our messengers, hasting on the way, make speed, and again for that [We] make [them] for to convey our need and necessities. [As to] yet another deed, making [one] to dig wells in places without water, making [one] to bring them forth, [I] made [one] to bring the nation and the people unto water and grass. Again placing spies and tammachin unto the people of cities in divers quarters, of the nation and the people, causing [them] to set [them], I caused

The feet to be
On the ground
The hands [to be]
On the earth.

After my father the Qahan [I] added [these] four deeds [to all those done by him]. And, again, being made to sit on the great throne by my father the Qahan, being gone, carrying [as a burden] upon myself my many people, then, to be conquered by grape wine was my wrong. This was one of my wrongs. [As to] my second wrong, to hearken unto the word of a woman without principle and to cause [one] to bring the daughters of the ulus of Uncle Odchigin were [mine] errors. Although I be the Qahan, Lord of the Nation, to deliver myself unto deeds [which were] errors without principle, this was one of my wrongs. Again secretly to harm Doqolqu [was] one wrong. If one say, ‘How [was it] a wrong?,’ secretly to harm Doqolqu which, in the service of his proper [lord], my father the Qan, pressed forward was a wrong and an error. Now, in the service of me, who will so press forward for [me]? I myself have declared as wrong the fact that, not comprehending, I secretly harmed a man which, in the service of my father the Qahan and [of] all, was prudent [in] principle. Again, being covetous, saying, ‘I fear lest the wild beasts which were born having [their] destiny from Heaven and Earth will go toward [my] brethren,’ making one to build in beaten earth fences and walls [to contain the prey], as I was [thus] staying [them], I heard words of murmuring from the brethren. It, also, was a wrong. After my father the Qahan, I added four [good] deeds [to all those done by him] and four deeds were wrongs.”

The Jaqud = North China.
I’m glad he beats himself up about Doqolqu, known to us among his dad’s comrades. – Whether ‘harm’ indicates murder we don’t know, we only guess. And the women? Guesses and gossip, but again, we don’t know the story. As Cleaves notes, “Of the eight deeds… there is no mention elsewhere in the Secret History of the four which are enumerated as ‘wrongs’.” That’s telling, too…

Update next day
Aha — Caroline Humphrey has an article, ‘Regret as a political intervention: an essay in the historical anthropology of the early Mongols.’ It addresses this — and yes, indeed, as a political behaviour with a history to it. If I can only get this article… 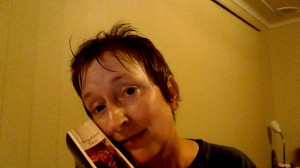