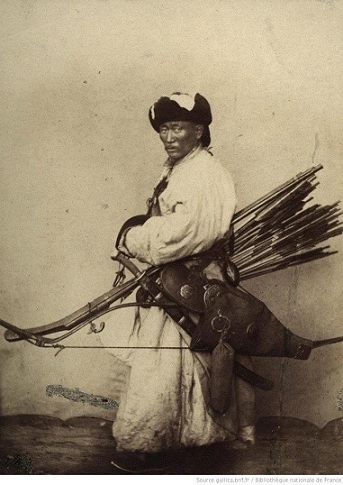 To start the war against the old enemy we have a grand tale of a revolt – an unequivocal freedom fight. It is the Mongols’ glory moment. They haven’t set foot in China, they haven’t yet waded into the bloody bog that war off the steppe becomes. Tribal peoples in China’s pay, spontaneously, go over to the Mongols and give them entry. This is why the Wall isn’t mentioned in Mongol accounts: they were given the walls, which at this time were over-extended (with hindsight) further into the steppe than walls had ever been.

This piece of history has gone undetected or ignored. It is almost the work of one historian to resurrect it. That there was a major revolt of north frontier troops, and the importance of this for the Mongols’ war on China, is the argument of Paul D. Buell, who has written an intelligent, up-to-date introduction to the Mongols in The A-Z of the Mongol World Empire.

Environmental history – that is fairly new in these parts – has much input. Mark Elvin’s The Retreat of the Elephants is ‘the first environmental history of China’, where you can find out about heavy, gung-ho urbanization (and feel sorry for the elephants). On the steppe, of course, animals far outnumber people; the opposite was true in China. Another book, Abramson’s Ethnic Identity in Tang China, in a chapter on geopolitics, stresses the traditional Chinese assumption that untilled ground is ‘empty’. The steppe was known as the ‘northern wastes’, tantamount to uninhabited – in that nomad inhabitation didn’t count. Grass was a waste of space. In the Elvin you can see how every inch of space might be humanized; he describes a war on wild animals, and human labour substituted for animal traction – human poo for animal manure. Early cities he describes as great jails, with populations under extreme surveillance and control.

Back to Paul D. Buell, who gives the environmental context for the start of 13th century, when Chinggis has united the steppe and his Mongols can become the “champions” of tribal peoples under pressure. Buell paints the frontier zone between the steppe and China as “a theatre of ecological conflict”, cultivation in expansion, urbanization rampant as population growth drove Jin China to settle and farm areas nomads used for grass. The frontier zone, that can be farmed, was easily destroyed: ploughed earth led to wind erosion, which ruined the grass, too. Once farmed, ground might be left useless.

Things came to a crunch, at the right time for the Mongols. Buell pulls together evidence that the settled population at the end of the 12th and the beginning of the 13th century – in these margins between China and the steppe – had built up as never before and not since “at any later time down to the coming of the railways”. Which is amazing.

Glaringly, these facts need to be in the story. But I hadn’t read about them before Buell and Elvin. So what was the Mongols’ war about? If we decide in the absence of this evidence, we are going to be wrong. Buell for one thinks these frontier issues let the Mongols into China, bluntly — allowed and perhaps instigated the conquest.

The Mongols’ most angry pronouncements – such as the oft-quoted suggestion by Mongol old guard that they turn settled China into grass – is a case of ‘let’s do unto them as they did unto us’ – is the ongoing warfare between ways of life. The suggestion was rejected. It wasn’t feasible. But my Tchingis, I think, won’t slam this old guard as quite maniacal.

In short, the tribal peoples of the frontier, when they saw the possibility – when Chinggis was named khan of a united steppe in 1206 – shook off China and joined him. The first to do so was Alaqush Digit of Onggut, in what is now Hohhot, capital of Inner Mongolia: and then was in the thick of the new urbanization. He seems to have been courageous to declare for Chinggis; he ended up murdered for it by a Chinese-loyalist faction at home. For a while Alaqush stood alone, until a general revolt of the frontier troops in 1207.

These were tribal troops, the juyin in Mongol, which I translate as the Odds-and-Ends army. Thirty thousand of them were called up – for what campaign we don’t know, perhaps against Chinggis on the steppe, perhaps against insurgents in Old Qatay. We only know they were demobbed again and straight away “went over to the Mongols”. Other information has Jin China undertake a new wall, to be garrisoned by juyin, and this lot incites the revolt.

Early in my first novel we meet a troop of this Odds-and-Ends army, mercenaries in service to China. They kill Temujin’s grandfather, but they aren’t happy with China’s uses of and attitudes towards them. If the steppe were strong and seen to have a chance – which isn’t even speculation at that point – they’d throw in their lot with their own people. Much later this happens, and the half-and-halvers identify with the steppe cause.

photograph of a Qing banner Mongol circa 1900 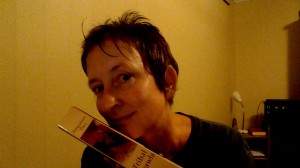 1 thought on “The Revolt of the Frontier”