State evasion/state prevention. Clastres, French radical, blasted into anthropology with these concepts in the 70s. The title of his definitive essay says it: ‘Society Against the State’. He studied peoples of South America and contended that their lack of a state is not because they are, or ever were, too primitive to establish states, but because they have cleverly in place tactics to prevent the rise of a state amongst them. They are consciously in defence against institutionalised power. What’s more, of course, they succeed.

I first read about steppe nomads as state evaders in Philip Carl Salzman, Pastoralists: Equality, Hierarchy and the State. We know them as state invaders, but are slow to see their strategies for the avoidance of government. Think of the view from Persia. Salzman does a study of ‘pastoralists of Iran’ – of a patchwork of different tribes/ethnicities, with each its tactics, dependant on situation, location, to NOT became a part or a full part of the Iranian state. They live in the interstices. They live in difficult terrain. They stay on their feet, of course, and that is key. To settle down is a danger, and Salzman looks at cases where once-nomads have had to settle. They lose their liberty of movement, which is the ability to say no. They pay their taxes, like the rest of us, and slip to the status of peasants. It isn’t seen as evolution or advance, if you ask a nomad. How does the Iranian government see its pastoralists? They are ‘backwards’, their growth has been inhibited by their awkward or dead-end way of life.

Integral to the nomads’ state-avoidance – in Salzman’s study – is an ethic of equality, an anti-hierarchy attitude. To understand this, to understand where this comes from – is Salzman right to tell us that pastoralist tribes, in general, yes, are insistently anti-power, that they hold a value of egalitarianism, that their tribal structures are built to frustrate and limit chieftaincies? – as buttress or understructure to this, I think you need a deep background. I did.

Christopher Boehm, who wrote Hierarchy in the Forest: The Evolution of Egalitarian Behavior, is a primatologist turned anthropologist. That is, he moved from the study of apes to the study of our ancestors – in the light of hunter-gatherers extant today. To me, at that point in my explorations, his book was invaluable, worth galleons of Spanish treasure. For he explains – whether to your satisfaction is up to you – how a species, our species, can achieve and maintain egalitarianism, even if we began with the unpretty politics of apes. He does this in the light, as I say, of just such anthropology as Clastres and Salzman, who watch the techniques tribal peoples have to defend themselves against that p-word, power. Boehm tromps around the world to see anti-power attitude in action. And he finds a similarity of story, in the least ‘advanced’ of societies, where in pockets they remain – those societies that may still shed a light on us, back when the human species were hunter-gatherers – a similarity that is suggestive of his thesis. He works backwards from them, and he works forwards from the apes, and… you be the judge. It’s an important book.

This post was prompted by a book I’m engaged in at the moment: The Art of Not Being Governed: An Anarchist History of Upland Southeast Asia by James C. Scott. He quotes Clastres for his epigraph: “It is said that the history of peoples who have a history is the history of class struggle. It might be said with at least as much truthfulness, that the history of peoples without history is a history of their struggle against the state.” James C. Scott sets out to write the unwritten history of an area he calls Zomia, from words for ‘hill people’. Zomia is the hills – Zomia straddles eight states – it is the area people escape to, out of those states, whose reach can’t extend into the high terrain. His main contention is as follows. Hill peoples, even in local accounts, have always been seen as remnant populations, as savage peoples left behind by civilizations, as ‘our ancestors’. This is untrue. Most of the population of the hills fled there. Away from these vaunted civilizations, with their wars, their taxes, their famines and diseases. People choof off. States don’t like to advertise the fact that their citizens choof off, at the rate they do, and if you’re unconscious of this phenomenon, the state wants you to be.

Hey, it’s written by an anarchist – I suppose. – The web just told me ‘choof off’ is Australian slang. Is it? You know I mean scarper.

While I read Scott on the escape of subjects from states, I think constantly of the steppe. He puts me in mind of the steppe – he visits the north of China, too. I think of the archaeological finds of Gideon Shelach, who deduces a story uncannily like the story Scott tells, in Northeast China circa 1100-600 BCE. Uncannily, because… his article, in a book called Mongols, Turks and Others, came as a thunderclap to me, I don’t know whether it’s caused a splash in academia. Or a riot. It’s fantastic, and perhaps my favourite thirty-three pages on the whole subject (though a few of those pages are dry). I’m not an academic, right? I’m a novelist. I’m certainly excitable where source material is involved.

About the article. He asks, “Why did pastoralism gain importance during the first millennium BCE?” and goes on, “I argue that rather than looking for determinative factors such as climatic changes or external influences we should try to explain the choices made by the local population… The transition to pastoralism… was coupled in this area with an ideological change as well as with a new definition of cultural affiliation.”

In this area of Chifeng, where either lifestyle was possible, some people chose to become pastoralists, and some people remained as agriculturalists. When people made the pastoral choice, they displayed – from the archaeological remains – signs of an ideological shift, or commitment, a new identity. They wore badges. I’m a nomad, said these badges, and I believe in… Alas, the remains can’t talk. But they wore animal-style art – because animals had set them free? They were conspicuous with symbols of the steppe. It was a movement.

In circa one thousand BC. People were dropping out, at the time towns were in coalescence, and China wasn’t China yet but state-like tentacles were on the creep. Not likely, said these nomads-by-choice of Chifeng.

— Pierre Clastres, Society Against the State, translated by Robert Hurley, Zone Books, 1987. French original 1974
— Philip Carl Salzman, Pastoralists: Equality, Hierarchy, and the State, Westview Press, 2004
— Christopher Boehm, Hierarchy in the Forest: The Evolution of Egalitarian Behavior, Harvard University Press, 1999
— Gideon Shelach, ‘Early Pastoral Societies of Northeast China: Local Change and Interregional Interaction during c. 1100-600 BCE,’ in Mongols, Turks and Others, edited by Reuven Amitai and Michal Biran, Brill, 2005. Gideon Shelach has a book out, that enlarges on his article: Prehistoric Societies on the Northern Frontiers of China: Archaeological Perspectives on Identity-Formation and Economic Change During the First Millennium BC, Equinox Publishing, 2009

Acknowledgement
I have never lifted so bodily from a scholar as I have from Gideon Shelach, when Mother Hoelun instructs Temujin in early nomad ideology (Of Battles Past, chapter 8). Although I lift from scholars, it’s usually disguised by the fact I have blent two or three or more together. It is because Gideon Shelach stands on his own, that my theft is naked. 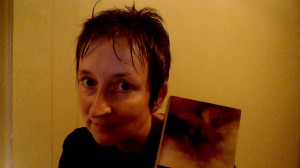